Kenya is set to become the first African nation to export Hass avocadoes into China after President Uhuru Kenyatta and his counterpart President Xi Jinping inked a trade deal in Beijing on Thursday.

The meeting between Presidents Kenyatta and Xi Jinping focused on promoting economic and trade exchange in eight key initiatives identified during the Forum on China-Africa Cooperation (FOCAC) meeting held in Beijing last year.

The trade deal will see Kenya export hass avocadoes to the expansive Chinese market which is home to approximately 1.4 billion people and this will increase Kenya’s total number of farm produce exports into the Asian country to two. Prior to the signing of the trade deal Kenya only exported stevia, a sugar substitute extracted from the leaves of the plant with the same name, into the Asian country.

The deal came into being after a long and comprehensive approval process from the Chinese government and it will bring with it a lot of benefits to Kenyan avocado farmers and according to Trade Cabinet Secretary (CS) Peter Munya, who had accompanied President Uhuru Kenyatta to Beijing, the farmers should capitalize on the new market to increase their revenue streams.

The Trade CS similarly urged avocado farmers within the country to produce quality yields that will conform to Chinese regulations.

President Kenyatta is in Beijing, China for a three-day working tour where he will also attend the Second Belt and Road Forum (BRF) for International Cooperation that has officially started today. 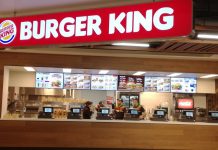 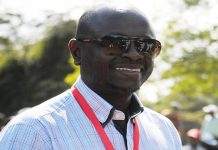