Wilfred Murungi, the founder of Mastermind Tobacco, is dead after thirty years at the helm of the cigarette manufacturer.

According to a news report by Business Daily, Mr. Murungi passed on early Thursday after a hard battle with a yet to be revealed illness escalated in recent months. He was in his early seventies when he met his demise.

“It is with great sadness that we announce the passing on of our chairman. The board requests that all staff respect the family’s privacy in this difficult time.” said a memo sent out to staff yesterday by Mastermind company secretary R.M. Mutuma.

His demise will leave the state of Mastermind in limbo especially since the firm has been facing accusations of tax evasion from the Kenya Revenue Authority (KRA). Mastermind Tobacco has been similarly linked to a possible buyout by global cigarette giant Philip Morris International, the world’s largest tobacco company.

Business Daily also reports that the deceased founded the company in 1987 after learning the intricacies of the tobacco industry following a two year spell at BAT Kenya as its Technical Director.

Mastermind took two years to set up operations in the country in a move that disrupted the local market which was flooded by multinationals at the time. After successfully setting up the firm’s manufacturing plant, Mr. Murungi officially launched the establishment’s lead brand – Supermatch. The cigarette maker would later launch the filterless Rocket brand which was targeting Kenya’s low income earners in 1991.

The reclusive tycoon will be remembered for his long-running battle with the Kenya Revenue Authority and vicious competitiveness with rival cigarette manufacturer BAT, which often spiraled into court rooms. 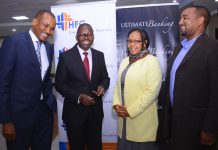