Microsoft on Wednesday announced the opening of its first continental data centers that operate on Azure, the firm’s cloud creating service, within the South African cities of Johannesburg and Cape Town.

The launch makes Microsoft the first global provider to deliver cloud services from data centres on the continent and this, according to the tech giant, will help companies securely and reliably move their businesses to the cloud while meeting compliance needs.

“Microsoft Azure is now available from our new cloud regions in Cape Town and Johannesburg. The combination of Microsoft’s global cloud infrastructure with the new regions in Africa will create greater economic opportunity for organisations in Africa, accelerate new global investment, and improve access to cloud and internet services,” Yousef Khalidi the Corporate Vice President of Azure Networking at Microsoft said in a press release.

“Today is a milestone moment in bringing the global cloud closer to home for African citizens and businesses. Enterprises across Africa can now take full advantage of the many benefits of Microsoft Azure, using cloud services to maintain security and meet compliance standards,” Mr. Youssry commented.

According to the Cloud Africa 2018 report, cloud use among medium to large organisations in Africa has more than doubled between 2013 and 2018. Due to the benefits of cloud in offering efficiency and scalability, more than 90 percent of surveyed companies in South Africa, Kenya and Nigeria have plans to increase their spending on cloud computing in the next year.

However, a secure offering remains important in maintaining this momentum, with many African CEOs concerned about cyber threats.

“Microsoft has deep expertise in protecting data and empowering customers around the globe to meet extensive security and privacy requirements, including offering the broadest set of compliance certifications and attestations in the industry,” Microsft’s Corporate Vice President of Azure Networking added.

“We look forward to supporting more African enterprises in their cloud journeys and offering a trusted path to digital transformation,” he added. 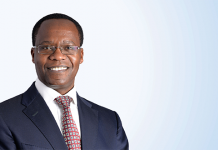 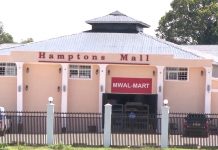