Moroccan financier Attijariwafa Bank last week signed a Memorandum of Understanding (MoU) with KCB Group in a deal that will see the lender gain access to the Kenyan market.

The MoU signing comes three months after the Moroccan based lender announced that it would be launching a new acquisition push in Africa in 2019, starting with Rwanda, Kenya and Ethiopia in a bid to expand the geographical reach of the group’s corporate banking operations.

According to a news report by the Business Daily, Attijariwafa Bank’s Chief Executive Officer (CEO) praised the partnership that will gift the two parties with economic opportunities to leverage on.

“This memorandum of understanding is very important for the Attijariwafa Bank group and will allow economic operators in all the countries where the group is present to access the Kenyan market but also to all the markets that KCB covers level of East Africa,” the Attijariwafa CEO is quoted as saying by the Business Daily during the signing of the MoU which took place on the sidelines of the 6th International Forum Africa Development (FIAD 2019) held in Casablanca.

Despite not disclosing any further details pertaining to the MoU agreement, Attijariwafa Bank had in November 2018 announced that it was looking to expand its footprint in the East African region and the deal with KCB Group seems to be a step in the right direction.

“We have opportunities in Rwanda. We are also considering opportunities in Kenya and Ethiopia,” Youssef Rouissi, the bank’s Deputy General Manager for global corporate investment banking said in November 2018 in a news report by Reuters.

“The idea is to acquire banks that are ranked among the first five banks in every market,” he added during the sidelines of an investment conference in Johannesburg. 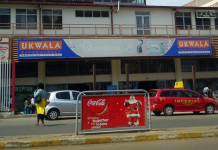 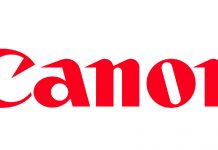