Estonian Cab provider Taxify on Thursday revamped its name to Bolt as it prepares to launch its new brand of electrically driven vehicles and scooters in the forthcoming days.

According to the Uber Rival in a report by the Baltic News Service (BNS), the rebranding underscores the firm’s vision of capitalizing on the move to electric vehicles.

“The rebranding accentuates our belief that the future of transportation will be electric. Our new name ‘Bolt’ stands for fast, effortless movement-exactly what the experience of getting around in a city should be; be it by car, scooter or public transport,” Markus Villig, Bolt’s Co-Founder told BNS Baltic News Service.

Similarly, Mr. Villig termed the rebranding as necessary because the firm had outgrown parts of the Taxify brand including the name.

The taxi hailing app has however reassured customers that the rebranding would not affect the firm’s service provision in any way.

“Today (Thursday) is a big day for us; Taxify is now Bolt! We are changing our name and logo, but the app with great ride prices and fast arrival times will stay just as good as ever,” Bolt said on its official website.

Bolt’s website similarly told both drivers and riders of the taxi service that they will not have to download a new version of the app following the rebranding.

“The one you already have on your mobile device will change automatically from Taxify to Bolt. Once you open the app, you will be informed about the name change. Our new visual style along with the new logo will be rolled out gradually,” the firm’s website reads in part.

Bolt, formerly known as Taxify, is an international transportation network that was founded by then nineteen year old Marcus Villig in 2013. According to the company’s website, as of Februray 2019, Bolt operates in 30 countrieswith the company having approximately 25 million customers globally and more than 500,000 drivers on its platform. 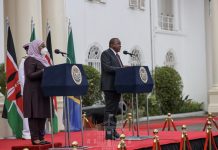 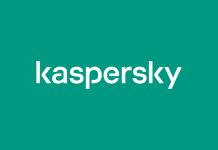 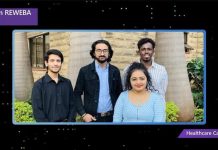