The sale of new motor vehicles in 2019 dropped by eight percent to 13,199 units down from 14,533 recorded in 2018, data from the Kenya Motor Industry Association (KMI) has revealed.

The best performance by new motor vehicle dealers was back in 2015 when the firms jointly sold off 19,451 units, a figure which they are currently behind by more 6,000 units.

Renault dealer Simba Corporation’s sales in the period under review also dropped. The KMI data shows that the industry’s sales opened at 835 units in January and rose strongly to a high of 1,372 units in August before receding to close at 1,124 units in December.

Rita Kavashe, the chairperson of KMI and Isuzu’s Chief Executive has attributed the performance to reduced demand from government agencies.

“The national government has cut spending, especially in this fourth quarter. Dealers are also cautious about supplying to county governments because of the pending bills,” the Isuzu Chief Executive said in an official statement.

Ms. Kavashe consequently insisted that the decision by the country’s lenders not to increase vehicle financing services despite the repeal of the rate cap similarly affected the sale of new motor vehicles in the period.

“Most companies and individuals rely on bank loans to buy new vehicles. Without loans car seekers could not afford to make purchases,” Ms. Kavashe insisted. 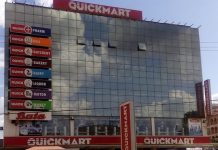