Safaricom has selected Huawei’s end-to-end 400G solution for its next-generation backbone network in a venture that will advance the telco’s network deployment towards the 400G era.

The announcement was made during the ongoing 2019 Mobile World Congress hosted in Barcelona, Spain and according to Safaricom’s Chief Technology Officer Thibaud Rerolle, the network, which is the world’s first commercial 400G project, will launch in Nairobi and Mombasa to support the telco’s internet driven expansion drive.

“We believe 400G will play a major role in increasing the capacity of backbone networks. The solution will support the continued growth of our network which is being driven by an explosion in internet usage. Mobile data usage on our network has been doubling year-on-year while our fibre network now reaches more than 220,000 homes and 17,000 businesses across more than 10 towns,” Mr Rerolle said at the 2019 Mobile World Congress.

Apart from strengthening the Telco’s internet provision services, the 400G network is also welcomed by Mr. Rerolle because it is reasonably easier to sustain compared to the 100G network presently offered by Safaricom.

“Huawei’s end-to-end 400G solution maximizes network value and it will help us fully utilize network resources and optimize the forwarding cost per bit while ensuring high reliability. Our aim is to offer faster, more innovative and higher-quality services to our customers,” Mr. Rerolle explained.

On his part, Jeffrey Gao the President of Huawei Router & Carrier Ethernet Product Line, welcomed the partnership with Safaricom that is expected to reinvent backbone networks.

“We are delighted that Safaricom has selected Huawei to deploy the world’s first end-to-end 400G backbone network which will redefine backbone networks in the intelligent world,” Mr. Gao said.

“Huawei backbone networks will address service uncertainties and lead the development of the backbone industry. This will help our customers maximize their network value,” he added.

Apart from the venture with Safaricom, Huawei’s investment into the African network provision market has also been augmented after the firm partnered with South African Telco Rain to launch the country’s first 5G network.

The 400G standard was approved in December 2017 by the Institute of Electrical and Electronics Engineers, paving the way for network equipment suppliers and operators to begin deploying equipment that officially conforms to the standard.

According to data from the Communication Authority of Kenya, Safaricom, as from September 2018, commanded 69.7 percent of the local market share for mobile data subscription in compared to 76 per cent in September 2017. 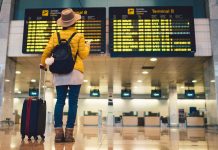 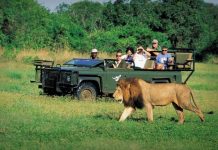 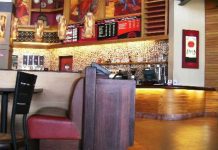 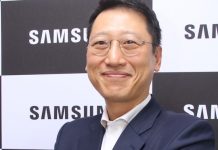 ‘Pay back what you owe us,’ Forests regulator tells millers