The Central Bank of Kenya on Monday cut its benchmark lending rate by a larger-than-expected 100 basis points and reduced the cash holdings requirements for banks to cushion the economy from the impact of the coronavirus.

Kenya has 16 confirmed cases of the coronavirus and its crucial tourism and farm exports businesses have already begun to suffer.

“As a result of the pandemic, economic growth is expected to decline significantly in 2020,” the bank’s monetary policy committee said in a statement, adding it will convene sooner than usual, in a month’s time, to assess the situation.

It cut its benchmark lending rate by 100 basis points to 7.25% and lowered the cash reserve ratio for commercial banks to 4.25% from 5.25%. The move to lower the cash ratio is expected to release an extra 35.2 billion shillings ($330.83 million) for banks to lend to customers trying to deal with the outbreak, the committee said.

The bank said it expects the economy to expand by 3.4% this year, from an initial estimate of 6.2%, as the virus saps demand from trading partners like Europe, as well as disrupting supply chains and domestic production.

“The fundamental concerns and anxieties centre on the health impact, job losses and duration of the crisis,” the committee said.

Hotels and horticulture farms, which are some of the biggest formal employers in the economy, have already started sending workers home on mandatory leave due to the slowdown. Analysts welcomed the cut, saying attention will now shift to other efforts by the government to stimulate the economy.

President Uhuru Kenyatta, who has been holding meetings with business executives, said on Monday that fiscal stimulus measures will be announced later this week. 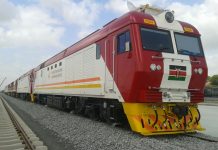 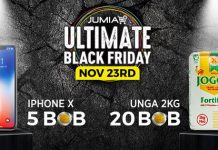