According to a news report by the Business Daily, Mr. Russo will oversee the transition at the company and he will directly report to KCB Group Chief Executive Joshua Oigara. Prior to his time at the bank, Mr Russo worked with audit firm PwC, K-Rep Bank, listed miller Unga Limited and East African Breweries

“We have set a target to fully integrate NBK into KCB in 24 months from acquisition. During that period, we will be taking a number of integration decisions including how to best structure NBK in order to more excellently deliver value to our customers,” Mr. Oigara said in a statement on Tuesday.

CBK approved the acquisition proposal on Monday despite the fact that the National Assembly in August rejected the proposed buyout of NBK, which is 70.5 percent owned by the government. According to Parliament’s Departmental Committee on Finance and National Planning, the takeover transaction undervalues NBK’s value by approximately Ksh. 3 billion. Parliament’s valuation of NBK stands at Ksh. 9 billion while KCB values the lender at Ksh. 6 billion.

“The approval has been granted in accordance with Section 13(1) (e) of the Banking Act, effectively paving the way for the completion of the deal. The acquisition will strengthen both institutions leveraging on their respective well-established domestic and regional corporate, public sector and retail franchises,” the Central Bank said in a statement on Monday. 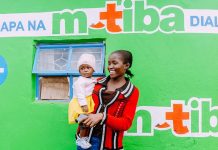