Following its acquisition of the National Bank of Kenya (NBK), KCB Group has proceeded to reshuffle the struggling bank’s Board of Directors with a host of members from the old guard being axed; the most notable being the Central Organisation of Trade Unions (COTU) Secretary-General Francis Atwoli.

Mr. Atwoli had been serving on the NBK board for 16 years after initially joining the bank in 2003, as one of two National Social Security Fund (NSSF’s) representatives on the board representing the interest of workers at the lender.

New additions to the NBK board include: NSSF board of trustees chairman and ex-KDF boss Julius Karangi and Treasury’s Acting Director General in charge of Public Investments and Portfolio Management directorate Stanley Kamau. KCB’s Group CEO Joshua Oigara and NBK’s Managing Director Paul Russo have also joined the board. Similarly NBK Board chairman Mohamed Abdirahman Hassan has also been shown the door. He has been replaced by KCB Group’s very own John Nyerere. Those retained from the old generation of board members at NBK include Linnet Mirehane and Jones Makau Nzomo.

According to KCB Group Chairman Andrew Wambari Kairu, the restructuring is part of efforts by the bank to reclaim the trust of NBK shareholders. KCB had said it implementing a two-year transition period at NBK to “streamline human resources, systems, processes and procedures” to realize efficiency and productivity synergies at the struggling lender.

“We must continue to strengthen and enhance our oversight and risk management practices, which are essential cogs in the banking sector to meet the expectations of our regulators, protect, and serve the interests of our stakeholders,” Mr. Kairu added. 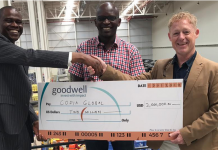 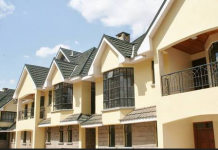