In the red national carrier Kenya Airways (KQ) on Wednesday issued a profit warning for the year ending December in a move that hints at the airline incurring more losses than what it posted last year.

Kenya Airways posted a loss of Ksh. 7.56 billion last in the year ended December 2018 and given that its half year loss for the period ending June more than doubled to Ksh. 8.56 billion, it is estimated that its full year loss could exceed Ksh. 9.43 billion.

The airline’s Board of Directors made the announcement in a notice to the Capital Markets Authority which requires all NSE listed firms to do so whenever they expect earnings to drop by at least a quarter.

“Although Kenya Airways realised improved revenue growth in the year, profitability was constrained by the increased competition in the airline area of operations, which, in turn, has increased pressure on pricing in order to remain competitive,” Michael Joseph, KQ’s Chairman said in the notice.

“In addition, the adoption of new International Financial Reporting Standards (IFRS) 16 rules in 2019, has required significant adjustments to both the profit and loss statements and balance sheets for the current financial year,”Mr. Joseph added.

The last time KQ posted a profit was back in 2012 when it closed the year with net earnings of Ksh. 1.66 billion but since then the carrier’s earnings have been declining at an incredible rate.

The announcement comes just three days after the airline announced Allan Kilavuka, the Chief Executive of its subsidiary Jambojet, as its acting CEO.

“The board of Kenya Airways Plc wishes to announce that effective January 1, 2020, Allan Kilavuka…has been appointed to take on the role of acting Chief Executive Officer of Kenya Airways until a substantive CEO for Kenya Airways has been recruited and appointed,” KQ’s Board of Directors said then. 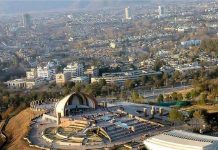