Kenya has been identified by top business leaders as the second best destination for large companies to expand into, a new survey by audit and consultancy firm PricewaterhouseCoopers (PwC) has revealed.

According to PwC’s 2019 Africa Business Agenda survey, Kenya ranks second behind the United States as an important market that can provide companies with opportunities for growth outside their home markets.

The survey which was conducted among 171 top African CEOs in September and October 2018, saw 22 of the participants identify Kenya as a good destination for establishing new businesses and subsidiaries. Kenya lost out to the US which was selected by 24 CEOs who were participating in the survey.

“The CEOs are looking for new markets but they are approaching the new markets with some level of caution,” said PwC Kenya Assurance Leader Kang’e Saiti during the release of the survey findings in Nairobi on Tuesday.

Majority of the CEOs who participated in the survey ranked companies with annual revenue of more than Sh10 billion ($100 million), largely based in South Africa. Despite this, Kenya’s positioning as a business hub remained largely stable, falling to 13 percent of the African CEOs from 14 percent last year.

“The participants are weighted by the size of the GDP, and so a lot of responses were from South Africa. So if they are identifying economies outside of their home, Kenya, given its level of stability, remains quite popular, PwC said.

Despite the CEOs settling on some destinations as areas worth expanding into, the 2019 Africa Business Agenda survey revealed that 20 percent of the CEOs were unsure of foreign destinations in which they could expand their businesses into. This was more than double the eight percent levels recorded in 2018.

“CEOs appear less certain about their expansion plans outside their home markets”, said PwC consultants in the survey. 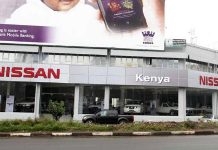