Tyres and allied products retailer Sameer Africa has announced plans to cut 52 staff from its pay roll effective February 1, 2020, in an effort to cut down on operating costs.

The employees will be laid off in batches between February and April with the firm also revealing that it aims to close a number of its tyre centres and offices across the country this year.

“Arising from the foregoing, the board of directors has resolved to restructure the company further by aligning the company operations to become more of a trading and distributorship outfit,” Sameer Africa Acting Managing Director Peter Gitonga said in a notice addressed to Nairobi County’s Labour office

“It is therefore contemplated that approximately 52 employees drawn from both management and unionisable cadres will have their employment contracts terminated,” Mr. Gitonga added in the notice seen by Calla News.

Despite opting to outsource tyres from Asia rather than manufacturing its once popular Yana tyres brand, Sameer’s local fortunes have been on a decline in recent years. Sameer shut down its Yana tyre manufacturing factory in August 2016 citing a tough business environment largely due to an influx of cheap imports from China and India amid rising production costs.

In the first six months of 2018, the tyre distributor registered a Ksh. 182.8 million loss up from Ksh. 11.58 million registered in a similar period in 2017. The publicly traded tyre distributor attributed the loss incurred to stock outs and an influx of counterfeit products in the country.  The company’s best-selling tyre sizes for instance remained out of stock in the first six months of 2018 fueling the stock outage that was also experienced in the year.

“The group continues to focus on stabilising the supply pipeline to achieve optimal stocking levels,” the Nairobi Securities Exchange-listed firm said when releasing the 2018 half year results. 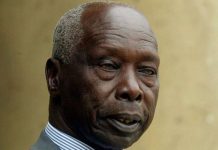 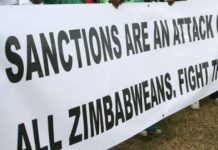