Following the launch of Park Road Housing Units which will sit on 3.19702 hectares in Ngara last month, the government has proceeded to further support President Uhuru Kenyatta’s affordable housing initiative by identifying Ngong Road as the next location for the construction of additional housing units.

According to a news report by the Business Daily, the development on Ngong Road will sit on 5.058 hectares of land and it will be 34 storeys high with the floors being capable of holding approximately 3000 apartments which is 1,630 units more than the Park Road development.

The apartments will consist of 285 one-bedroomed units, 1,768 two-bedrooms and 1,007 three-bedroomed units with three basement parking bays capable of holding 3,086 vehicles.

The Business Daily similarly reports that the Housing Principal Secretary Charles Hinga is optimistic that the two government led initiatives at Park Road and Ngong Road will lead to the creation of approximately 13, 290 jobs for the Kenyan youth with 4,110 jobs being created at the Ngara based development and 9,180 jobs at the Ngong housing project.

The Ngong Road project is however subject to approval from the National Environmental Management Authority (Nema) with members of the public being invited to send comments on the project to the office of NEMA’s Director General for the next one month.

Kenya’s affordable housing initiative has received endorsements in recent weeks with the most recent being a Ksh. 25 billion grant from the World Bank that will be used to finance the establishment of the Kenya Mortgage Refinance Corporation (KMRC) which will be tasked with driving affordability of mortgages by providing more long-term funding to financial institutions which will enable them to offer long tenure loans to homebuyers. 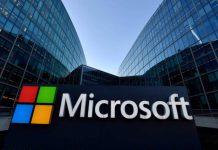