The number of Uber CHAPCHAP taxis in the country has risen remarkably ever since their introduction into the Kenyan market in February 2018, taxi hailing firm Uber has announced.

According to Uber EA, the fuel efficient Suzuki Altos that operate under the Uber CHAP CHAP brand rose from 200 vehicles at the start of the year to 500 vehicles currently. This signifies a 150 per cent increase in the number of the Alto taxis.

The increment, according to Anthony le Roux the Regional General Manager for Uber Middle East and Africa, was attributed to the Suzuki Altos general appeal.

“The demand for CHAPCHAP is much higher and drivers are doing many more trips on a daily basis. Because of the taxis’ relative appeal, you see many riders trying to take it at any specific point in time,” said Mr. Roux in a statement on Wednesday.

Similarly, Uber announced the signing of a Memorandum of Understanding (MoU) with car manufacturer Suzuki whose purpose is to facilitate further expansion of the CHAPCHAP brand in Nairobi and parallel East African cities.

“The MoU is a fantastic first step for not just Kenyans but for the rest of Africa, as it shows the critical role this type of partnerships will play in creating much needed economic opportunities while offering people across Africa a flexible choice to move around the city safely, reliably and affordably,” Roux said.

The firm wants some of its 6,000 drivers across the EA region to make the jump to Uber CHAPCHAP since they drivers can purchase the more convenient taxis through loans sourced from Stanbic Bank which can be paid off while driving for the platform. 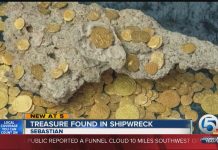