Failure to pay back digital loans will lead to most youth being declared bad borrowers, which in turn will affect their chances of obtaining future loans, a study by the Consultative Group to Assist the Poor (CGAP) has revealed.

According to the study, Thirty-five percent of mobile phone owners in Kenya have taken out a digital loan. Majority of these are young, urban men who are ignorant of the consequences of failing to pay back loans on time. Furthermore, the report reveals that 12 per cent of digital borrowers in Kenya have defaulted from paying back loans.

“Late repayment can have significant consequences for borrowers. Lenders typically roll over loans and charge a second origination fee on the balance. They also reserve the right to close a borrower’s account if the loan is not repaid 60 days after disbursement,” the report reads.

“If loans remain unpaid, regulated lenders are required to report borrowers to CRBs (Credit Reference Bureaus) for failure to repay, resulting in a listing of a nonperforming loan.”

The requirement that regulated lenders report nonperforming loans to CRBs makes it harder for borrowers to access future loans from formal lenders, such as banks, which use data from CRBs in credit assessments.

According to the report, some of the reasons for defaulting on loans include: poor business performance, poor planning of expenditure and loss of jobs or sources of income.

The report also reveals that most debtors borrowed from more than one digital lender to repay some of their debts and this leads to piling up of debt that may lead to defaulting.

|The report consequently calls for clear disclosure and transparency of digital credit pricing and terms from digital lenders since it is critical for borrowers to understand their obligations when taking out a loans.

“Better understanding of consequences of late repayment and default, including implications of being listed in a CRB, may help reduce the relatively high share of digital borrowers who have repaid late or have defaulted on a digital loan,” the report advises. 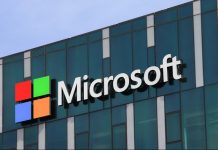 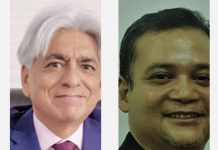