The Competition Authority of Kenya (CAK) has approved a planned joint venture between Toyota Kenya’s parent firm CFAO and Michelin that will allow the two firms to sell premium tyres in Kenya and Uganda.

The announcement was published last week in a gazette notice by CAK Director General Wang’ombe Kariuki and according to the CAK boss, it will enable the two firms to distribute high end tyres to a regional market that has taken an affinity to high quality products.

“It is notified for general information that the Competition Authority has authorised the proposed transaction,” Mr Kariuki said in the CAK notice.

According to a news report by the Business Daily, the partnership, which was agreed upon in March 2018, will see the firms import a wide array of tyres including heavy goods vehicle, two-wheel, civil engineering and agricultural tyres and the deal will also see Toyota’s mother company acquire a 51 per cent stake in the venture while Michelin will control the remaining 49 per cent with authority equally shared between the two firms.

“The growth prospects of the African continent are immense. We want to offer Kenyan and Ugandan motorists and businesses the best of our technologies to sustainably support their mobility,” Michelin Member of Executive Committee Yves Chapot said of the deal last year according to the Business Daily.

The country’s tyre market has for the past few years been plagued by an influx of cheap imported Chinese tyres which are preferred by price sensitive Kenyan consumers.  The entry of these tyres forced the country’s only domestic tyre manufacturer Sameer Africa to shut down operations in 2016 due to low returns.

Despite being forced to shut down its local tyre manufacturing business, Sameer got into the import business, following in the footsteps of global tyre companies such as Kingsway, Apollo, Pirelli and Dunlop who operate in the Kenyan market. 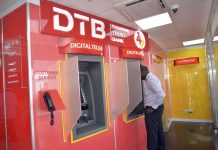