Lender Barclays Bank is set to terminate its contract with international auditing firm KPMG after two years of doing business together.

KPMG started auditing Barclays Kenya in 2017 after succeeding PricewaterhouseCoopers (PwC) which had offered auditing services to the Bank since 2004.

The bank’s decision to part ways with the auditing firm was revealed in a notice to shareholders that discussed the scheduled agenda of the lender’s 2019 Annual General Meeting (AGM) which is slated to take place in Ruaraka, Nairobi on May 29, 2019.

According to the notice, the lender has already identified a possible replacement for KPMG in the form of auditing firm Ernst and Young (EY) but the appointment is subject to approval by the bank’s shareholders.

“The company, having received special notice in this regards, to consider if thought fit pass the following as ordinary resolution: That EY be appointed as the new auditors of the company in place of KPMG Kenya with effect from the end of this meeting,”  the bank’s AGM notice reads  in part.

KPMG has been in the news for all the wrong reasons after it was linked to a corruption scandal involving the prominent Gupta Family of South Africa who were accused of manipulating the awards of billions of rand in government contracts in 2018 prior to Cyril Ramaphosa’s reign as President.

The firm also came under fire for auditing South African lender VFB bank during a period when the bank is said to have lost 2 billion rand (Ksh. 14 billion) through unscrupulous means.

According to a news report by the Business Daily, KPMG garnered approximately Ksh. 40 million for auditing Barclays Bank’s account in the 2016-2017 financial year. Following the termination of the contract, the auditing firm KPMG will be left with about 18 clients who are currently listed in the Nairobi Securities Exchange (NSE). 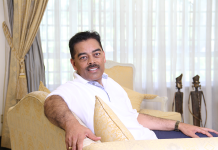 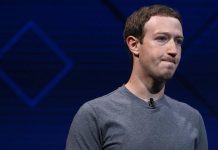