Motorcycle taxis, commonly known as boda bodas, pose the third highest security risk in the country, the Directorate of Criminal Investigations has revealed.

According to the DCI, the motorcycle taxis are being used to carry out crimes ranging from robbery with violence to drug, arms and human trafficking.

“If you go to the borders, they are used for surveillance by criminals, sneaking in arms and for getaways. In urban areas they are used in trafficking drugs and contraband. They are a danger at large,” Director of Criminal Investigations George Kinoti is quoted as saying by a local daily.

To further augment his revelation, Mr Kinoti disclosed that the DCI is currently keeping tabs on a suspected drug baron in the city who uses more than 250 boda bodas to distribute controlled substances in the region.

“The sector is evolving into a potent force that could spin out of control if left unchecked,” Mr Kinoti added.

In addition, the DCI boss faulted boda bodas for being involved in many accidents across the city. According to the DCI, whenever an accident involving a boda boda occurs, fellow riders usually gang up against the other party involved in the accident.

Following a rise in crimes being conducted using boda bodas, the government has launched a crackdown on unruly riders who thrive in chaos.

Politicians also share a similar view of motorcycle taxis in the country and the risk they pose to the country’s security.

“We must create a special task force regulated by the NTSA to monitor, license and provide oversight for the boda bodas,” the local daily quotes Senate Majority Leader, Kichumba Murkomen.

“We are not against their business but discipline must be enhanced in this sector.”

In Nairobi, the crackdown on motorcycle taxis has entered its ninth month since being commissioned by Nairobi governor Mike Sonko in January 2018. Since then, the county government has impounded 3,238 boda bodas. City Hall has also directed riders not to operate in the central business district. 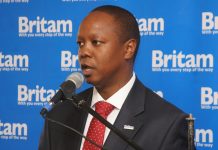 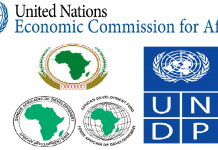