Soft drink manufacturer Coca Cola has appointed its very own executive Xavier Selga to head the Kenya, Mayotte and Comoros division as its Managing Director (MD).

The appointment which took effect on May 1, 2019, will see Mr. Selga take over from Daryl Wilson who has been relocated to neighbouring Ethiopia to oversee the operations of the Addis Ababa charter as its new MD.

Announcing the transition at the company, the firm vouched for Mr. Selga’s appointment as the Kenya, Mayotte and Comoros division Managing Director.

“Xavier brings a wealth of experience spanning over 15 years in management,” said the firm in a statement.

“Kenya is a very dynamic market and I am really excited to be taking up this challenge. I look forward to working with the team here and to ensure our territory grows to be the best in Africa,” Mr. Selga said in a statement.

According to a news report by the Business Daily he has served the multinational company for over 15 years. Prior to his appointment, Mr. Selga held other senior positions at East Africa Bottling Share Company in Ethiopia where he served as the branch’s CEO. He has also served as the Managing Director of both the Coca Cola Bottling Company of Ghana and Fruital Coca Cola. He has also held the position of Finance and Corporate Services Manager at Equatorial Coca Cola Bottling Company as well as the Financial Controller and IT manager at Fruital Coca cola.

Mr. Selga started out his career as a consultant at KPMG before serving as an International Controller at Simon Holdings.

Mr. Selga boasts of having a Master’s degree in Corporate Finance from Spain based Esade Business School. He also holds a Bachelor of Business Administration degree from the University of Barcelona. 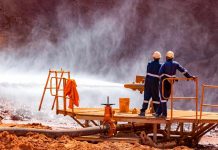 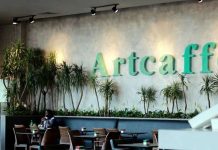