The Kenya Tourism Federation has called on national carrier Kenya Airways to suspend flights to China until the coronavirus is contained.

According to a new modelling study produced by Northeastern University in the US, continentally, Kenya has the sixth-highest risk of receiving a case of the new coronavirus imported from China. Kenya has a risk of 0.07 per cent which is the highest in East Africa

“We did suspend flight to West Africa when we had the Ebola outbreak. It’s about time we suspend flights to and from mainland China until further notice,” Kenya Tourism Federation chairman Mohammed Hersi said in an official statement yesterday.

Unionised staff at the airline have similarly raised concerns over risks of flying to China with the issue being confirmed by the Kenya Aviation Workers Union (KAWU).

“The safety of our members and that of Kenyans is paramount and must precede commercial considerations,” KAWU Secretary-General Moss Ndiema said in a statement.

Despite the fact that global airlines such as British Airways and Seoul Air have cancelled flights to the Asian country, KQ –through its acting Chief Executive Allan Kilavuka- has reiterated that the carrier will continue monitoring the situation to determine if it needs to cancel the flights to China.

KQ plies the Nairobi-China route three times a week with the flights leaving Nairobi’s Jomo Kenyatta International Airport and touching down at the Asian country’s Baiyun International Airport. Kenya’s high risk of being affected is based on the volume of air traffic between Kenya and China, which has reported more than 100 deaths and 2,700 cases of the deadly virus.

The Nairobi- Guangzhou route is one of KQ’s most lucrative , fetching about Ksh.14.9 million on a round trip, an indicator why management is reluctant to suspend flights. A return economy ticket on the route would cost an average of Ksh. 63,845. 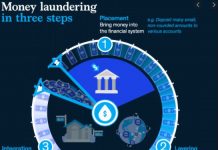 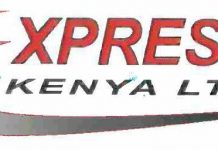 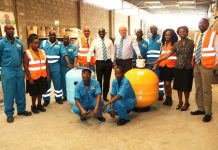