The sale of new motor vehicles in the country registered a 2.5 percent dip in the first half of the year to stand at 6,294 units compared to 6,456 units purchased in a similar period last year, data from the Kenya Motor Industry Association (KMI) has revealed.

According to KMI the dip in sales from car dealerships such as Toyota Kenya and Simba Corporation was informed by low demand as a result of operating in a market that has been constrained by a credit crunch following the introduction of the rate cap law in September 2016. The decline in orders was however not experienced in the first half of 2018 with dealers benefiting from repressed demand following the conclusion of the August 2017 elections.

According to a news report by the Business Daily, most new vehicle purchases are financed by banks whose lending appetite has been dulled by lower margins in the wake of interest rate controls.

The Business Daily similarly reports that disruptions in the luxury car segment also contributed to the decline in the number of new vehicles sold in the first six months of the year. Simba Corporation, for instance, lost the BMW franchise to rival Inchcape Kenya in September 2018. Thereafter no purchases were made for the German cars in the country for months Dealers are however optimistic that the sales will increase in the second half of the year.

“Industry sales should see a slight growth from September to the end of the year following budget approvals,” Rita Kavashe, the chairperson of KMI and CEO of Isuzu East Africa is quoted as saying by the Business Daily. 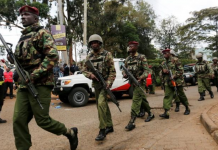