Despite its advancements over the years particularly in the oil, gas and power industries, it is no secret that Africa is still plagued with the very real issue of inefficient energy supply. Recording nearly 600 million people with no access to electricity, the question of what it will take to eliminate poverty in Africa is prevalent now more than ever.

While the continent has enjoyed great achievements in oil and gas developments and seen the launch of numerous successful renewable energy programmes, bringing online large scale world-class projects, it still has not managed to close the power gap as it hedges forward with its goal of sustainable energy mixes. So, what’s next for Africa?

With rising populations and high electricity costs, African countries are investing in various sources for electricity generation but, one remains largely unimplemented and, not without reason.

While nuclear energy is widely unexplored on the continent with South Africa remaining the only country with a commercialised nuclear power plant.

Egypt is home to one of the oldest nuclear power programmes. Launched in 1954, the programme is responsible for the 4.8 GW El Dabaa nuclear power plant, currently in the construction phase. The project will be developed by, Russian State Atomic Energy Corporation (ROSATOM) – the biggest nuclear power player in Africa having concluded memoranda of understanding with Kenya, Nigeria, Sudan, Zambia and Uganda.

Kenya’s first nuclear reactor is set for completion in 2027 while Uganda’s 2019 Inter-Governmental Agreement with ROSATOM to help develop nuclear infrastructure remains in place.

Though it has not made any announcements in regards to implementing nuclear in its energy mix, earlier this year, Senegal shared its readiness for nuclear energy, through its Integrated Nuclear Security Support Plan (INSSP) developed alongside the International Atomic Energy Agency (IAEA).

The challenges of nuclear energy

Nuclear energy is one of the more attractive options when considering a clean, reliable and cost-effective energy source. But, it does not come without its challenges.

For instance, it could take years for a country anywhere in the world to initiate a nuclear power programme and, infrastructure development could not come any sooner than 10 -15 years. Simply put, the nuclear route requires a lot of patience and dedication – especially in Africa where a number of countries are working towards development.

100 years, a commitment that would not address Africa’s pressing power needs in the near term, especially with Sub-Saharan Africa’s population set to double over the next 30 years.

But, there is an alternative solution. Small scale nuclear reactors.

Defined by the World Nuclear Association as reactors that are generally 300MWe equivalent or less, small scale nuclear reactors are designed with modular technology using module factory fabrication, pursuing economies of series production and short construction times, making them one of the more practical solutions for African countries.

Another major hurdle of nuclear energy is financing. Due to its high cost of implementation, African countries looking at nuclear energy could be deterred. “But, there are financing mechanisms like, for instance, from export agencies of vendor countries. Tapping into a reliable, carbon-free supply of energy when vendors are offering to fund it can make sense for several countries in Africa,” said Kovachev.

All these challenges are not ones that cannot be overcome and, Africa is ready to take them on.

As the climate change debate continues and the global community seeks cleaner energy sources, the shift towards nuclear power for African countries would mean that they are able to reduce their carbon emissions as expressed under the Paris Agreement.

“It is a workable solution for Africa. Of course, it will take a lot of time, hard work and it will be challenging but, we need to look at alternative energy solutions. Our populations are rising and the gap is widening, we need to address the power issue and, we need to be open to doing it through exploring different routes,” he added.

In advancing nuclear power programmes, governments should show strong political will and create enabling environments for nuclear to take its place in our energy mixes. In getting started, African countries need to push forward with the programmes, put in place policies and regulations and, take lessons from the rest of China and Russia. If Africa is to close the power gap, we need to act now. Energy is the backbone of our development. 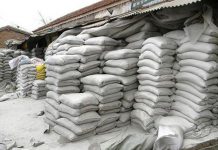 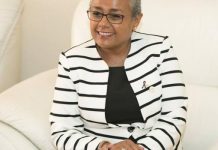