Radisson Group of Hotels will open up more brands under their name in Nairobi by 2019, the hotels administration has revealed.

According to Andrew McLachlan; Radisson’ Business Development, Africa and Indian Ocean vice President, the firm is attracted by the limitless potential the East African region holds.

“It is a segment which we think has growth. We see lots of opportunity in East Africa with Nairobi and Addis Ababa. Both cities can have at least five hotels from our brands,” said Mr McLachlan.

“We have five brands to develop in Kenya. The city has capacity to have a Red Radisson. Nairobi is a natural space for the contemporary lifestyle brand.”

Subsequently, Mr. McLachlan revealed that the hospitality group is looking at other regions in Kenya as they plan to expand even further into the market.

He pointed out that there is opportunity along the Coast adding that conversion of an existing property through renovation and rebranding would be an alternative in the region.

The Radison Blu Hotel and Apartments will be opened in Nairobi’s arboretum area and it will be the third such venture set up in Nairobi to fall under the groups’ brand. In addition, Mr. McLachlan reiterated that the hospitality group will open the Red Radisson, Radisson and Radisson Collection brands in Kenya as well.

The Radisson Hotel Group also which has 90 hotels in Africa announced that they will be opening 10 new hotels across the continent with plans to reach 130 hotels and 23,000+ rooms by 2022.

“We strongly believe in Africa. We are thrilled to add 10 new hotels in just nine months. The transactions are strategically aligned to deliver our five-year development plan across the continent, the introduction of new brands and a scaled growth in Africa’s key destinations. So far this year, we’ll be adding more than 1,300 rooms to our portfolio in Africa, and we plan to continue this accelerated growth through further expansion in our focus markets across this flourishing continent.”

The announcement is expected to mirror other such proclamations made by global brands for instance Marriott, Hilton and Best Western who have been rapidly expanding into the East African scene following a demand for hotel services in the region. 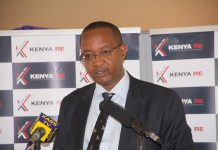