“Rain is excited to build South Africa’s first large scale 5G network which can provide fast wireless internet to more citizens.  We are supportive of President Ramaphosa’s investment drive in the country and hope to contribute to readying South Africa for the Fourth Industrial Revolution,” Mr. Ross said in an official statement

The Rain CEO similarly stated that the telco has capitalized on Huawei’s end-to-end solutions to build the 5G network which will be deployed in key areas across South Africa.

“The network will provide fiber-like speeds without the installation complexities, time delays and cost of laying fiber in under-serviced areas,” Mr. Ross said.

In anticipation of the venture, Huawei, which has also partnered with Kenyan Telco Safaricom to launch 400G network in the East African nation, erected 5G base stations in key South African areas at the beginning of 2018 with the company similarly launching 5G phones at the Mobile World Congress 2019.

Apart from deploying new base stations, Huawei’s solutions will enable the telco to fully leverage its existing LTE network and allocated spectrum for 5G deployment. This approach of sharing facilities and leveraging existing infrastructure will enable Rain to roll out the 5G network in a quick and cost-effective manner.

On his part, Shi Jilin, the President of Huawei Cloud Core Network Product Line, lauded the venture that will make South Africa one of the premier nations in the world to adopt 5G networks.

“It is an important step to work with rain in bringing the first 5G network construction in South Africa. With our solutions, we are committed to working with operators with our innovative solutions to build future-oriented networks for smooth evolution and migration for the maximum value out of their investment and the best user experience,” Mr. Jilin explained.

Rain will continue to expand the 5G network to cover all the major metropolitan areas in South Africa with 5G networks to provide ultra-broadband services to homes and enterprises. 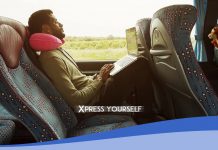 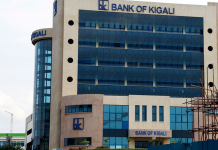 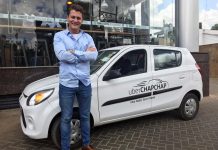