Nairobi based telecommunications giant Safaricom lost 1.6 percent of its customers in the quarter that ended June 2018, data from the Communications Authority (CA) has revealed.

According to the data that was released on Monday, a growth from Safaricom’s competitors such as Airtel; which grew from 15.3 per cent of its market share to 21.6 percent from June 2017 to June 2018, contributed to the telecoms’ decrease in market shares.

The decrease in Safaricom’s share was heralded by a nine-month absence by its Chief Executive Officer Bob Collymore; who went abroad at the start of the year to seek medical expertise after being diagnosed with cancer. 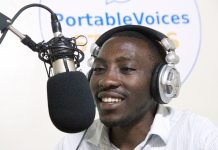