The new law will keep tabs on the advertising industry by introducing stricter enforcement methods against defaulting by advertisers, increasing rates paid for displaying adverts, decreasing environmental contamination by advertisers and regulating the spacing between billboards to reduce the covering of streets with promotional materials.

The Nairobi governor inked the new deal just two days after a County Government report revealed that tax assemblage in the capital and its environs dropped by Sh1 billion in his first ten months in office as compared to an exact time frame under the Evans Kidero regime.

Following an influx of independent businesses around the city, open-air ads have burgeoned especially along major roads such as Thika Road, Mombasa Road and Ngong Road just to mention a few but this has not positively affected revenue collection around the county.

According to reports by the County Government, outdoor advertising is the fifth largest source of revenue with Sh700 million collected in revenue yearly.

However, the revenue collected from outdoor advertising in the 2017/2018 financial year dropped considerably to Sh698.05 million as compared to Sh720.02 million collected in the 2016/2017 fiscal year.

Former Lands Executive Peter Wachira who is now serving as the Agriculture Executive in the County attributed the significant drop in revenue collected to outdoor advertisers who dodge paying permit fees to the county government.

He pointed out that the County Government only collects 20 per cent from all installed billboards.

He added that: “We are supposed to garner over Sh2 billion from the advertisers but we get a measly Sh700 million.”

The Agriculture County Executive having served in as the Lands Executive said that outdoor companies are required to pay Sh1.3 million for each large billboard and between Sh20,000 and Sh50,000 for the small ones per year.”

The Outdoor Advertisers Association of Kenya had earlier revealed that the minimum monthly charge for a 10 by 12 metre billboards in Nairobi and other major towns is Sh160,000.  Once the law is implemented no more than one advertising structure will be visible along a given sight line along major passageways. 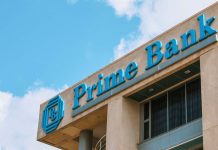 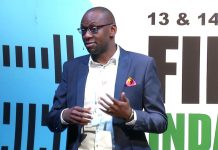 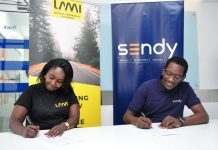