Tourism Cabinet Secretary Najib Balala has revealed that by the end of the year, Kenya is set to surpass the Ksh. 120 billion ($1.19 billion) the ministry earned from tourist visits in Kenya in 2017.

According to the CS, the country received 1.47 million tourists in 2017. The number of foreign visitors has since grown by 18 percent from last year. With the projected increase in external guests, it is estimated the nation will acquire 15 per cent more revenue from tourism by end of the year.

The estimates have been attributed to an expanding local market as well as the introduction of direct flights to the United States courtesy of Kenya Airways. According to the ministry, the airlines’ initiative will attract more American tourists,

Mr Balala who was speaking on the sidelines of the Africa Hotel Investment Forum on Wednesday, however expressed discontent on the position Africa holds on the global tourism market.

“Africa gets only 3 per cent of the worldwide tourism business. The aggregate is not impressive and more needs to be done to promote tourism on the continent,” said the CS.

According to Mr Balala, tourism officials from across the continent are aiming to increase Africa’s annual share of tourists from the current 62 million to 150 million by the year 2030.

Tourism, together with agricultural exports and cash sent home by Kenyans living abroad, is one of the top foreign exchange earners for Kenya with the sector providing hard currency and job opportunities for many residents. 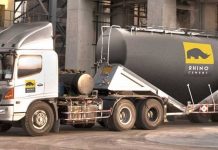 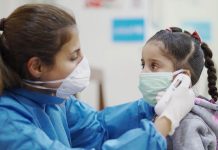 Bank of Tanzania gives Cellulant nod to operate as a payment...