The United States of America (USA) is the second largest consumer of Kenyan products after Pakistan, data released by the Kenya National Bureau of Statistics (KNBS) last week has revealed.

According to the data as reported by Business Daily, the United States bought goods worth Ksh. 14.23 billion in the period between July and September 2018. The value of exports to the US in the time under review also bettered the figure recorded in the same period in 2017 by Ksh. 1.2 billion.

The report similarly states that export incomes from the US were also greater than the Ksh.12.46 billion recorded in the second quarter of 2018 and the Ksh. 9.26 billion chronicled in the January-March bout.

The improvement has been attributed to the signing of a trade deal between Nairobi and Washington in June 2018 that was overseen by delegates from the US Presidential Advisory Council on Doing Business in Africa (PAC-DBIA).

Following successful deliberations, a Memorandum of Understanding (MoU) was crafted to guide Kenya and US authorities in the assessment of investment opportunities.

The Business Daily report points out that, US Secretary for Commerce Gil Kaplan; who led the US delegation in June 2018, reiterated that the super power would work with Kenya to realize the country’s Big Four Agenda.

“Kenya is a wonderful partner for further trade, development and commercial relations. We have been incredibly impressed by the sophistication and the thoroughness that they have used to identify the problems that they are facing,” Business Daily quotes Mr Kaplan as having said during the signing of the MoU. 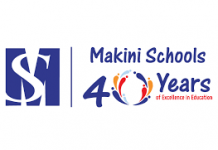